This spring HANMI Semiconductor celebrated its 40th anniversary!  The company was founded in 1980 and has grown steadily over the decades to become known as a world-class semiconductor manufacturer.  NDC International has been a long-time partner in their Global Network representing their Core Technology including Vision Technology and Laser Technology as well as their full equipment line-up.

HANMI Through the Years

In celebration of their 40th Anniversary, DS Kwak the Vice Chairman of HANMI Semiconductor said, “We express our gratitude and respect to all of our employees with the founder who created and led HANMI semiconductor. We would also like to thank our customers and shareholders for their generous support and encouragement.”

HANMI has grown into one of the most respected names in the industry – one synonymous with innovation and reliability.  Some of the key company milestones include:

Today HANMI continues to demonstrate its commitment to leading the future of technology and advancing the semiconductor industry through its robust infrastructure of over 290 R&D engineers and its 810 intellectual property rights applications and patents.  HANMI aspires to build the future with its customers – to create a tomorrow beyond imagination.

As a middle-end semiconductor equipment manufacturer, HANMI offers both their core technology as well as their innovative equipment line up.

The core technologies include:

Particularly applauded for their Vision Placement technologies, HANMI has been ranked #1 worldwide for 17 consecutive years!  New innovative equipment lines are consistently being added to their roster – most recently the TSV Dual Stacking TC Bonder, Flip Chip Bonder and EMI Shield.

Their top-notch assembly systems, production efficiency, commitment to R&D and technology, has garnered HANMI a leading position in the semiconductor equipment industry for their design, development and manufacturing.

HANMI’s mission has always been to partner with customers to provide distinguished products and services that create value and lead to customer satisfaction.  They build close partnerships today and make sustainable investments for the future. 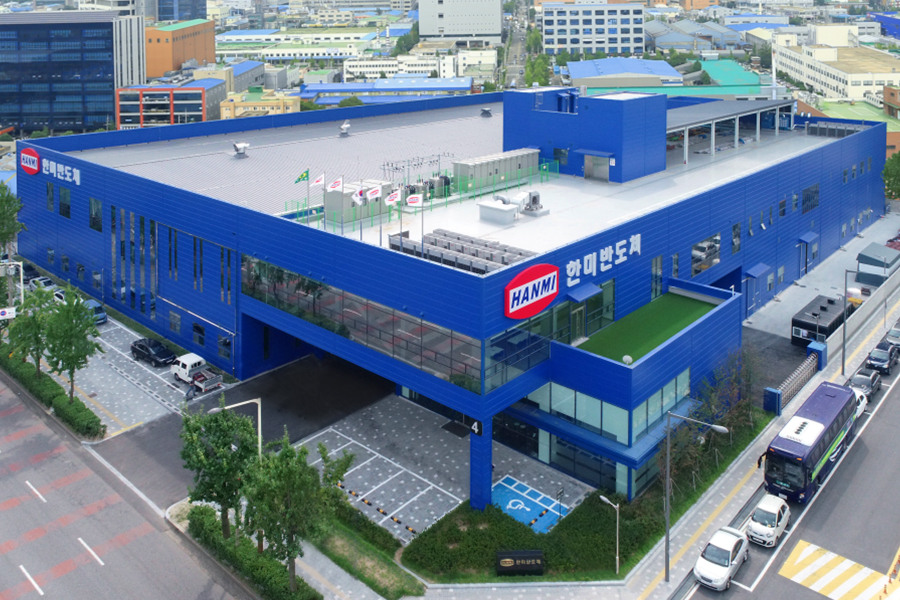